We’re thrilled to welcome the easing of travel restrictions within NSW (and here’s hoping we can welcome visitors from interstate as soon as it’s safe).

While you’re here at Bunjaree Cottages, you’re in your own self-contained cottage that’s at least 50 metres from any other cottage – so there’s no risk of guests putting other guests at risk!

We’re more than happy to welcome guests again, and you’ll find that Blue Mountains villages will also be glad to see anyone who maintains social distancing. So – make the trip and visit the lovely Blue Mountains again!

Friends – having looked over the NSW Government’s “lockdown” regulations, Bunjaree Cottages is able to remain open, at least for now. We will, of course, be watchful for any changes to this situation.

The isolation of our cottages means guests don’t need to interact with others while on the property, and we will of course ensure the safety of our guests in our cleaning practices.

While we would encouraging you to respect the government’s request that NSW citizens avoid unnecessary travel, we are happy to continue receiving inquiries about cottage availability.

To celebrate the safe end to the 2020 “Black Summer” bushfires, Richard and Trudi are offering a low-rate special for Easter 2020.

With all in our community, Richard and Trudi at Bunjaree Cottages are extremely grateful to the brave personnel of the NSW RFS, who kept our beloved Blue Mountains safe from the triple threat of the Ruined Castle fire, the Grose Valley fire, and the Erskine Creek fire. Through their efforts, we are delighted to say to the world that the Blue Mountains is open for business!

The recent rain has given a respite we all hope will last until the next fire season. To celebrate, we have a special low flat-rate offer for Easter 2020! 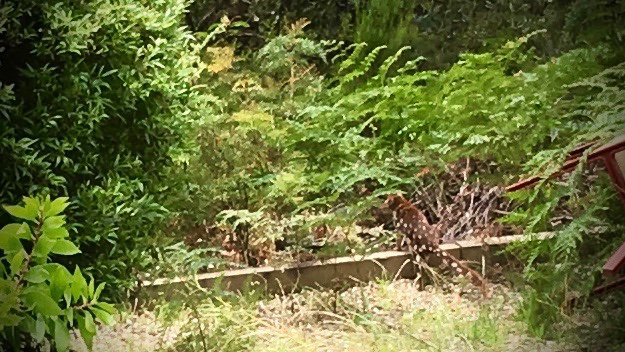 Bunjaree Cottages’ nearly-virgin bushland means there’s lots of birds year-round, but of course some of our birds are seasonal. Others we see but don’t identify, and that’s where it’s lovely to have guests that know more than we do!

Courtesy of a guest who was a keen bird-watcher, we have been able to add eleven new confirmed sightings to the Bunjaree bird list. Many thanks to Peter for his help and his keen eye! We’ll provide more information about each species in the coming months.

Buff-rumped Thornbill – a small flock was seen on the driveway, which is their usual feeding habit.

Channel-billed Cuckoo – sorry if you don’t like their habit of night-calling, but it is currently their mating season. They’re the largest brood predator in the world, according to Wikipedia.

Fan-tailed Cuckoo – A daily visitor at the moment.

Little Raven – Which we really should have listed ourselves; it’s funny how the things you see everyday escape your notice when you try to make a list!

Noisy Friarbird – Expertise from others is wonderful: we have never spotted this at all, and now we’re on the lookout!

Silvereye – Another bird it should have occurred to us to look for!

Southern Boobook – We were very pleased to have this identification. While Boobooks aren’t rare, we’re no good at identifying night-birds!

Striated Thornbill – Another one of the wonderful collection of small birds at Bunjaree. One reason they’re so hard to identify is that they don’t sit still that much, which means you have to know their calls as well.

Variegated Fairy-wren – A genuine beauty of the Australian bush, nearly as superb as the Superb Fairy-wren.

We’ve updated the Bunjaree Bird list with the new additions in the next few days. We’d also recommend the iPod app our guest used: Australian Birds, by Michael Morcombe.

With thanks to our friend Carol Probets, there are now 40 entries on the Bunjaree Cottages list of bird species, here.

It is one of our great joys that we have so many avian residents and visitors, from tiny wrens to the Superb Lyrebird. And we hope that our guests agree!

We were particularly thrilled to have yet another sighting of the Gang gang cockatoo early this summer.

Bunjaree Cottages would like to thank the RFS volunteers, along with all the emergency services personnel and interstate volunteers, for their wonderful work during the recent bushfires.

Without their dedication and effort, the devastation from the three huge fires that threatened the mountains could have been so much worse.

Our hearts go out to those who have lost their homes, and we would like to direct your attention to the Blue Mountains Mayoral Relief Fund, which you can find here.

These are grass-feeders that like to stay near dense undergrowth so they can hide from danger. They live mostly east of the Great Dividing Range, but their territory reaches all the way around to South Australia.

They’re mostly sedentary, so there’s the chance to spot them all year around – and to hear their short, very high-pitched whistling calls.